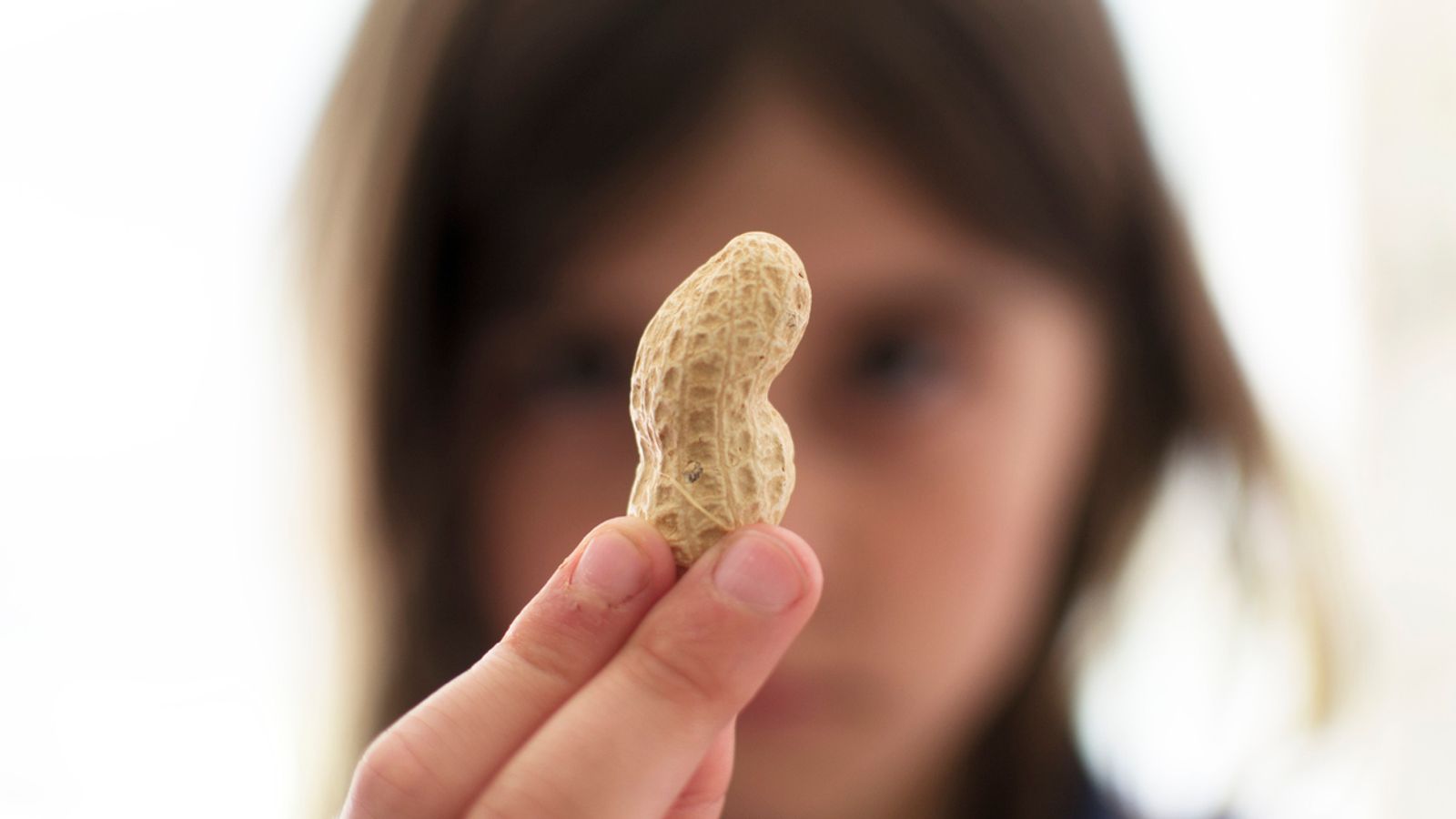 English children with peanut allergies will be the first in Europe to receive a life-changing treatment after the NHS secured approval for a new oral treatment.

Palforzia, which has already been approved for use in the United States, helps reduce the severity of symptoms, including anaphylaxis, after a reaction to peanuts.

Its makers say it helps children gradually decrease their sensitivity to peanuts over time through a process called oral immunotherapy, or OIT.

Under supervision, it involves giving tiny doses of peanut protein that gradually increase from 0.5mg to 6mg, with a series of steps becoming available depending on whether or not they have an effect.

Evelina London Children’s Hospital has participated in two major peanut allergy trials – the Palisade and Artemis studies – which have transformed the lives of some of its participants.

Nine-year-old Emily, who took part in the Palisade trial, can now eat out and go on family vacations without fear.

His mother, Sophie Pratt, said the clinical trial “changed the lives of our whole family”.

She added: “The treatment we have received means that Emily is free from limitations and the fear that the slightest mistake could endanger her life, and it has taken away all the tension and worry that just eating threatened us every day..

“This was particularly noticeable on special occasions like birthdays, Christmas and holidays where there were often special foods like cakes, ice creams and sweets that invariably had warnings, ‘may contain peanuts’ or menus that are not in English.”

What did the Artemis study find?

The study found that around six in 10 participants aged four to 17 who responded to around 10mg of peanut protein at the start of the trial were able to take a dose of 1,000mg at the end – although above the accidental exposure amount.

Around 600 children aged between four and 17 are expected to be treated with Palforzia this year – with those in England set to be the first to receive the treatment in Europe due to an agreement reached by the NHS.

After that, some 2,000 children a year will be treated.

In the UK, peanut allergies currently affect one in 50 children.

The makers of Palforzia say it is not a cure and that children using it should always carry epinephrine and avoid eating peanuts.

“Treatment can be life changing”

NHS Medical Director Professor Stephen Powis said: “This pioneering treatment can change the lives of patients and their families and, thanks to the agreement reached by the NHS, people here will be the first in Europe to benefit.

“It will reduce the fear and anxiety for patients and their families who may have been living with this allergy for years and carrying emergency medication just in case.

“They should be able to enjoy meals or vacations abroad together without worrying about an allergic reaction that could land them in hospital or worse.”

Professor George du Toit, a children’s allergy consultant at Evelina London, was UK lead researcher for both trials and called the rollout of the treatment “good news” for children and young people with peanut allergies.

“It will have a huge impact on the daily lives of our patients and their families,” he added.