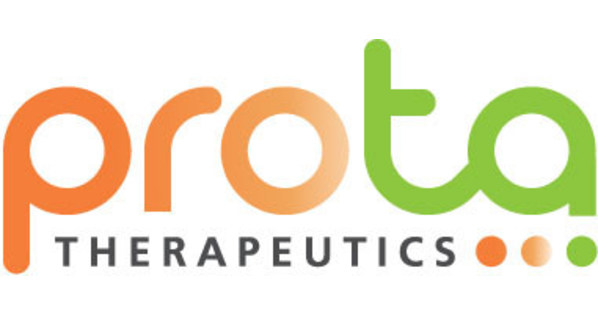 Melbourne, AustraliaFeb. 9, 2022 /PRNewswire/ — Therapeutic Prota, an Australian biotech company focused on developing new oral immunotherapy treatments, has reached a milestone in the treatment of peanut allergy in children. Published in The Lancet Child & Adolescent Health, a highly regarded peer-reviewed medical journal, The Phase 2b clinical trial results validate Prota’s lead product candidate, PRT120. PRT120 is an investigational oral immunotherapy with a novel high-dose, rapidly-escalating regimen for the treatment of peanut allergy. The placebo-controlled trial confirms the efficacy of PRT120 comprising the rapid-escalation regimen of Prota in inducing clinical remission of peanut allergy in children and improving the quality of life of patients.

The randomized controlled trial was designed to analyze the effect of oral immunotherapy (the gradual introduction of the allergenic food) given in a proprietary high-dose rapid-escalation scheme, compared to immunotherapy orally administered in the same way with a probiotic in the treatment of children allergic to peanuts. The researchers found that about half of the children who received either type of treatment achieved remission, which allowed them to completely stop the treatment and safely eat peanuts freely.

The research was led by the Murdoch Children’s Research Institute (MCRI) with Professor Mimi Tang, CEO of Prota Therapeutics, as one of the principal investigators. The randomized controlled trial was conducted at the Royal Children’s Hospital in melbournePerth Children’s Hospital and Perth Women’s and Children’s Hospital Adelaide, involving 201 children aged 1 to 10. The trial took place over four years, with participants being followed for up to 12 months after treatment.

Allergy remission refers to the absence of clinical reactivity that persists after treatment has been discontinued for a period of time. This allows patients to discontinue treatment and no longer adhere to strict allergen avoidance. This contrasts with desensitization which is a temporary increase in the amount of allergens that causes patients to react that is only maintained with continued treatment. Allergen desensitization provides protection against accidental exposure to the allergen, but patients should continue to take daily treatment and maintain strict allergen avoidance.

Previous studies of oral peanut immunotherapy have shown limited success in stimulating remission, with only a small subset of patients achieving this endpoint after years of treatment. In this new trial, 51% of children achieved remission after 18 months, compared to 5% in the placebo group, recording the highest remission rate ever reported for stand-alone oral peanut immunotherapy treatment in children of school age.

The study used Prota’s new dosing regimen featuring a proprietary rapid-escalation, high-dose approach that the researchers believe contributed to higher remission rates than previous oral immunotherapy trials, as well as other factors, including the young age of the subjects.

Professor Mimi TangCEO of Prota Therapeutics and Principal Investigator at MCRI said, “It is an exciting time for our company with the release of these remarkable results. This is the first randomized controlled study of oral peanut immunotherapy to show high rates of non-responsiveness sustained in school. older children and the first to show that treatment for peanut allergy can provide a substantial improvement in quality of life over current standard peanut avoidance care. We are particularly pleased with the strong improvement in the quality of life of these children and will continue our journey to bring this treatment to patients.”

Doctor Paul Kellyfounding partner of OneVentures, one of Prota’s major shareholders, comments “We recognize that peanut allergy is a growing health issue with an increasing number of patients affected each year. We are very proud to support Prota as they strive to improve the lives of peanut allergy patients and their families through innovative solutions.This company has the potential to transform the way peanut allergy is treated and we are excited to see it thrive.

Prota Therapeutics is seeking to raise funds to support the clinical development and commercialization of PRT120. The company’s food immunotherapy technology was developed at the Murdoch Children’s Research Institute (MCRI), which conducted the four-year research study that validated its effectiveness. Founded in 2016, privately held Prota Therapeutics has Australian venture capital firm OneVentures as a major shareholder, supporting its clinical program and commercialization.

Pediatric peanut allergy market is estimated to be worth $3 billion by 2027, with an estimated 1.1 million patients ages 1 to 17 diagnosed in the United States alone last year[1]. This represents a significant opportunity for Prota Therapeutics to commercialize PRT120, providing a highly differentiated, long-lasting treatment that delivers significant improvements in quality of life for patients and their families.

Prota Therapeutics is an Australian private limited liability biotechnology company established in 2016 to develop and commercialize novel oral immunotherapy treatments. Prota holds an exclusive license to proprietary food immunotherapy technology, developed at MCRI. The company is, in part, an investment in OneVenture’s Healthcare Fund III. This fund was established through an investment in part by the Australian Commonwealth Government through the BioMedical Translation Fund initiative. Prota Therapeutics is headquartered in Melbourne, Australia. More information: https://protatherapeutics.com/

OneVentures is one of australia leading venture capital firms, with more than $500 million in funds under management. But we do more than invest. We take companies to this very important next step, actively shaping their future. We apply our years of international experience, operational expertise and execution to accelerate the growth of our portfolio companies.

In December 2016 OneVentures launched its $170 million Healthcare Fund III, licensed by the Australian Government Biomedical Translation Fund. OneVentures Healthcare Fund invests in therapeutics, devices and diagnostics at or near clinical development with a clear commercial, regulatory and reimbursement path; and well-defined inflection and value exit points at trade entry.

The Fund will invest $10 for $20 million per company in companies domiciled in Australia. The OneVentures team will provide support to generate these opportunities through clinical, regulatory and reimbursement processes to gain exposure in global markets.

Find out more at www.one-ventures.com.au/funds