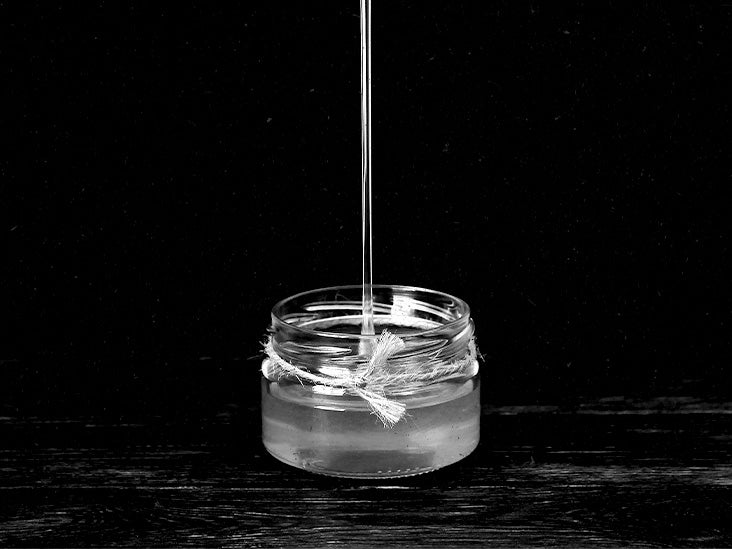 Allergies occur when the body initiates an immune response to something that is harmless. In rare cases, people may have an allergy to honey. This food can cause allergic reactions ranging from mild to life-threatening.

Honey is a sweet liquid that bees produce from the nectar of flowers. Many people consume it regularly because they like its flavor or are interested in the potential health benefits. Some evidence suggests that honey may possess many medicinal properties. However, it can also present some risks.

Some people are allergic to honey, although this is very rare. About 32 million people in the United States live with a food allergy, which means they are allergic to certain foods. In these people, the immune system reacts to a foreign substance, known as an allergen, present in food.

In this article, we take a closer look at honey allergies, including their symptoms, causes, treatment, and management.

Honey is a natural food substance that bees produce from the nectar they collect, process and store. Honey is a complex mixture of many organic and inorganic compounds, which give it its supposed . This principally consists of sugars, but it also contains pollen and proteins.

Honey allergy is rare, with an estimated incidence of in the general population. The in honey that trigger an allergic reaction are pollen and glandular proteins produced by bees.

Specifically, pollen from the plant family , which includes sunflower, ragweed, and mugwort, is associated with honey allergy. Health experts may refer to pollen allergies as seasonal allergic rhinitis or hay fever.

A person’s allergic reaction to honey can range from mild to severe. Mild symptoms will likely be to understand:

Rarely, honey allergy can cause a severe allergic reaction called anaphylaxis. It is essential to recognize its symptoms to prevent it from escalating into a life-threatening situation. Symptoms of anaphylaxis come on suddenly, usually in 5 to 30 minutes to encounter the allergen, and they can progress quickly.

Health experts may refer to these symptoms as ABC symptoms, as they affect the airways, breathing and circulation. Initial symptoms are usually the same as above, but then a person may experience:

It is essential to contact a doctor immediately or go to the emergency room as soon as any of these symptoms appear. As with other allergies, not receiving treatment early enough can lead to serious complications.

The majority of commercial honey products available in retail stores are safe. They undergo filtration and pasteurization, which removes most of the pollen and proteins that people may react to.

Wild honey and raw honey products labeled as artisanal, unheated, unfiltered or unpasteurized are not processed. This means that they may still contain a large amount of bee pollens and fine components that may trigger an allergic reaction. Some may also contain spores, molds and bacteria.

A person allergic to pollen or bee stings is more likely to be at risk for honey allergy. People with severe seasonal allergies are also at increased risk.

Bees are avid pollinators. The honey they produce may also contain pollen from other plants and trees, which a person may be allergic to. These plants may include:

Other possible risks of consuming honey may include:

Parents and caregivers should not offer honey to babies under the age of . Honey, especially raw honey, can contain spore-forming bacteria called Clostridium botulinum. Ingestion of the spores can lead to infant botulism.

Infant botulism, or intestinal botulism, affects children under the age of one year because their immune and digestive systems are still immature. Although rare, it can lead to life-threatening complications. Symptoms include:

Honey bees can feed on a wide variety of plants, including poisonous plants. If the density of poisonous flowering plants is high for a period of time, the honey produced by bees can accumulate a significant number of natural toxins, such as grayanotoxins. This can lead to mad honey poisoning.

This condition rarely occurs in connection with commercial honey because pooling massive amounts of honey dilutes the toxic substance. Crazy honey poisoning is more likely to result from raw or wild honey that honey hunters source or that beekeepers produce on a small scale. Indeed, these products do not undergo any treatment to dilute the toxins.

There is no single test to confirm food allergies. A doctor or allergist will consider different factors before confirming a diagnosis. They will ask to get a detailed history of the person’s symptoms, including the foods they had eaten shortly before the onset of symptoms. They will also ask about the person’s family history and perform a physical exam to rule out other conditions that may be causing the symptoms.

Tests to help identify reactions to specific allergens May include:

A skin test, also known as a scratch or puncture test, is a quick and simple test that examines a person’s immediate allergic reactions to several substances at once. A healthcare professional pricks the skin with a needle or sharp piece of plastic to allow a tiny amount of allergen to penetrate just below the surface of the skin. A person allergic to a particular substance will develop a raised bump.

In a serum-specific IgE test, such as the RAST test, a doctor will take a blood sample from a person and send it to the lab. Technicians will check for specific antibodies in the blood that should be present in case of an allergic reaction.

A doctor may ask a person to remove suspected foods from their diet for 1 to 2 weeks and add them back one at a time. This helps identify which food is causing the symptoms. However, doctors do not recommend this procedure for someone who has had a severe reaction to food in the past.

A person will be given small, increasing amounts of food that a healthcare professional suspects is causing their symptoms.

The most effective strategy for avoiding an allergic reaction to honey is to avoid it by reading product labels and asking about ingredients. However, since many food products contain honey, it may not be possible to avoid it completely.

A honey allergy describes a rare type of food allergy. It is often the pollen or bee protein content of honey that triggers an allergic reaction in some individuals. People allergic to pollen, bee stings or seasonal allergies are more likely to be allergic to honey. Commercial honey is generally safe to consume, but raw honey, which has not been filtered, may contain these products.

A person who suspects a honey allergy should discuss their symptoms with a doctor. The best treatment for a honey allergy is to avoid honey. However, a doctor can prescribe medication to help manage symptoms and prevent further complications.