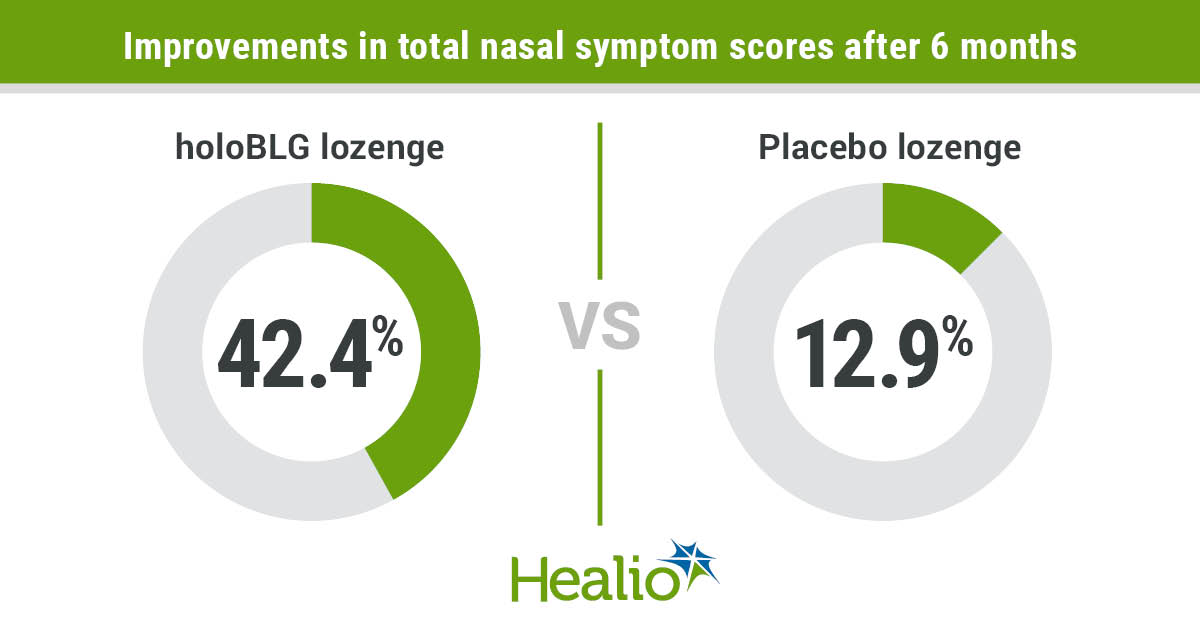 According to a study published in The Journal of Allergy and Clinical Immunology: In Practice.

“We discovered almost 10 years ago that the majority of allergens can affect the iron status of allergic subjects and that iron deficiency alone is not only sufficient to facilitate allergic sensitization, but is also associated with inflammation. and an exaggerated immune response.” Franziska Roth-Walter, PhD, head of the working group at the Messerli Research Institute in Vienna, Healio told.

Additionally, Roth-Walter said researchers know that not everyone is prone to allergies, but people with so-called atopy have an inherent tendency to produce IgE antibodies and be hypersensitive to allergens.

“We therefore set out to investigate whether treating functional iron deficiency, or iron deficiency that affects immune cells, could improve atopy,” Roth-Walter said.

The researchers chose beta-lactoglobulin, a whey protein, to transport micronutrients directly to immune cells to prevent atopic responses due to iron deficiency.

“For beta-lactoglobulin, dietary absorption would pass through the lymphatic system and therefore precisely through immune cells,” Roth-Walter said.

The researchers took blood and stool samples from each participant and performed nasal provocations at the start and end of the study. Additionally, the researchers had the participants consume two lozenges daily for 6 months and record their daily symptoms and medication use in a pollen diary.

Additionally, the researchers found that both groups had significantly less runny nose after 6 months, but the holoBLG group had a significantly greater reduction in runny nose (reduced nasal symptom burden, 42% vs. 13 %; P = 0.04).

Throughout the grass pollen season, the holoBLG group experienced improvements of 40% in CSMS and 26% in dSS and SMS compared to the placebo group (all, P

“While all of our preclinical data was very encouraging, we were still surprised by the degree of improvement in symptoms because the improvements were completely independent of allergens,” Roth-Walter said.

The placebo group also had significantly higher C-reactive protein values ​​and a trend toward lower absolute lymphocyte counts compared to the holoBLG group at the end of the study period, the researchers said.

“Although the lozenge only contained a very low amount of iron, we were indeed able to measure improvement in iron parameters in white blood cells, and even some red blood cell parameters improved slightly,” Roth said. – Walter.

The researchers found no significant difference in the relative numbers of monocyte CD14s+ cells before or supplementation in either group, but the holoBLG group showed increases in intracellular labile iron content in circulating CD14+ monocytes after the study.

Overall, the researchers found that the holoBLG pellet efficiently delivered its micronutrient cargo to monocytes but not to lymphocytes. The researchers also found the lozenges tolerable with no reported adverse effects. Only two participants disliked the taste, the researchers continued, and adherence was generally high.

The implications of the study

“The most important finding is that indeed, micronutrient deficiencies are important and should be addressed because they can worsen symptom burden,” Roth-Walter said.

“The fatigue of an atopic patient may not only be due to their disease, but also to an iron deficiency. In current practice, micronutrient dietary recommendations should be included,” she continued.

Although allergen immunotherapy is considered the only causative treatment option for improving atopic diseases, Roth-Walter said, delivering micronutrients to immune cells appears to have similar efficacy and may be another causative remedy for allergies.

The researchers plan to continue their studies.

Franziska Roth-Walter, PhD, can be contacted at [email protected]