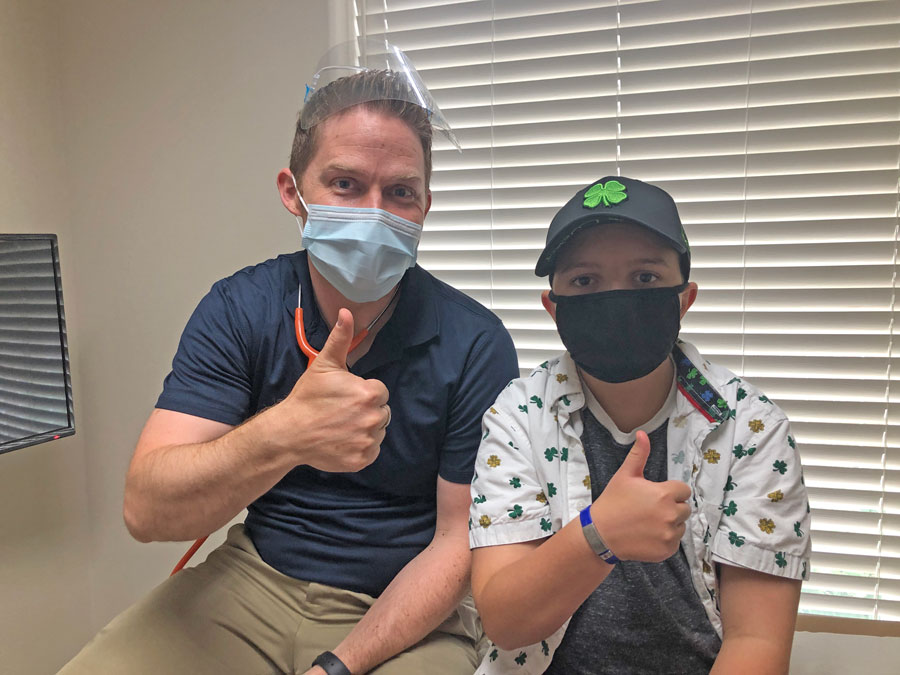 IDAHO FALLS — A new medical treatment for people with peanut allergies is a game-changer for William Burgin.

The 12-year-old from Idaho Falls has been extremely allergic to peanuts all his life. His mother, Stephanie, tells EastIdahoNews.com she discovered him when he was 2 years old after her son ate something and went into anaphylactic shock.

A trip to the ER saved William’s life and in the years that followed she realized how powerful her son’s allergy was.

“He touched a toy that someone else who ate a peanut butter sandwich touched, and he went into shock (again). It makes it very hard to go to school , being around kids and touching things that might have (peanut) residue on them,” Stephanie says.

Food labels that say an item may contain peanuts or were made with peanut-containing material are a big no-no for William. Even the slightest skin contact with a peanut is dangerous for him, and for Stephanie, it makes everyday life stressful.

When her son goes to school or to a friend’s house, she has to send him with his own food to make sure he doesn’t ingest any leftover peanuts.

Stephanie was pleasantly surprised to learn that a new FDA-approved treatment was available during a trip to the doctor six months ago. It’s called PALFORZIA and is designed to increase people’s tolerance level to peanuts.

William’s doctor, David Petty, DO, at the Idaho Allergy and Asthma Clinic in Idaho Falls, explains how it works.

“It’s purified peanut protein measured in specific increments,” says Petty. “You start at a very tiny dose and try to get up to three milligrams of peanuts. A whole peanut kernel is 300 milligrams.

Petty says those who can eat three milligrams of peanut powder without having a reaction can take it and gradually increase the dose from there. The goal is to get the patient to the point where they can eat a whole peanut without having an adverse reaction.

“As long as you take it daily, your body goes into that state where you tolerate that dose. You have to eat more than that 300 milligram dose before you have an allergic reaction,” says Petty.

The drug was approved in March 2020 and has been extensively researched and tested for about 10 years, Petty says.

Petty says a similar product called a peanut patch began testing around the same time. It turned out to have fewer side effects, but half as effective.

PALFORZIA was most effective in children ages 4 to 17, Petty says.

“(Experts) had been working on it for years and years. It was finally approved and now we’re releasing it to the public, so that’s pretty awesome,” he says.

William took his first dose of 300 milligrams on Tuesday morning.

Knowing how sensitive her son’s allergy was, Stephanie is thrilled that William qualified for treatment. Six months later, she is happy to report that her son has responded favorably and that they are delighted with the result.

“Other than (the fact) that he thinks (the peanut powder) tastes disgusting, it was easier than we thought,” Stephanie says.

Although William responded favorably to the treatment, his allergy did not go away. Her peanut intake will still need to be watched, but Stephanie is thrilled at the prospect of being able to calm down slightly by being so rigid with her diet.

William is Petty’s first PALFORZIA patient. He is delighted to see this result and hopes it will bring a greater sense of relief for him and his family.

“He will still need to be diligent (taking his meds, watching his diet) and still wearing an epipen, but that safety net just got bigger,” says Petty.

The History of Continuous Growth of the Human Allergy Treatment Market |