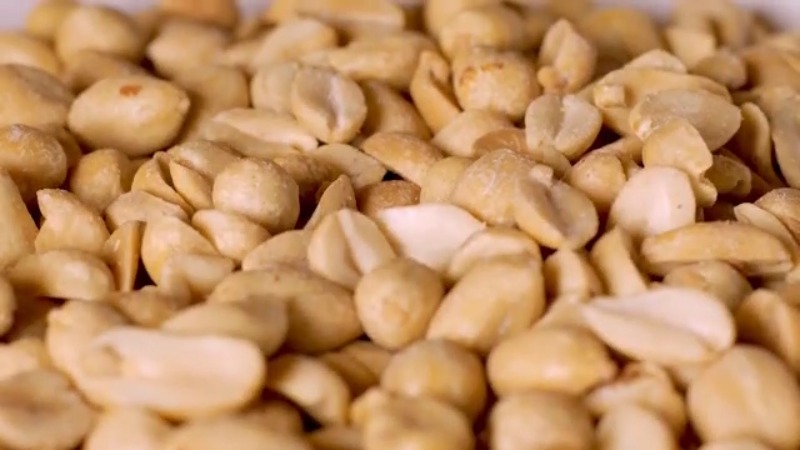 The FDA has approved the treatment for four years and older, but the Cleveland Clinic’s Food Allergy Center of Excellence works with children as young as six months old.

“They come in and we do a very small dose of peanut, for example, and we build up slowly over time,” said Dr. Jaclyn Bjelac, pediatric allergist at Cleveland Clinic Children’s. “The child should eat this small amount every day until they reach their target dose.”

Two-year-old Mabel Woods is one of the patients. At just a few months old, Mabel’s parents discovered that she was allergic to eggs, wheat and peanuts.

“I was really worried about other people and other kids on outings,” said Jayne Woods, Mabel’s mother. “What if they eat something with peanuts or if she picks up something when we’re at the park?” She has two and two years to do that.

For the past six months, Mabel has been on this oral immune therapy. Every two weeks, his family brought him to the clinic for a dose. They then continued this same dose at home every day. Mabel just hit her target dose, which is the protein equivalent of two whole peanuts.

“We will continue to follow these allergy markers in Mabel’s blood and when they are favorable we will have her come for a big dose of peanuts,” Dr. Bjelac said. “If she is able to tolerate this safely with us in the office, she can eat peanuts in any amount and in any form and will not have to continue taking such a regular dosage.”

Mabel’s mother says it’s a relief to know she’ll react better if she accidentally eats something with peanuts.

“Since her body can take a little bit of it, it makes her have less of a reaction,” Woods said. “She might get rashes, but she’s less likely to have an anaphylactic reaction.”

Over the past two years, the Clinic’s Food Allergy Center of Excellence has brought this to life for hundreds of patients. Although there are adults and teenagers in the program, the greatest success comes from the younger ones.

Dr. Bjelac says it is hoped many patients will eventually be able to enjoy peanut butter sandwiches.

“The goal is for children to have a life free of food allergies,” Dr. Bjelac said. “We’re on our way. We’re not there yet and not there for every child, but just having hope is a very exciting time for families.

Combination treatment for peanut allergies leads to fewer side effects