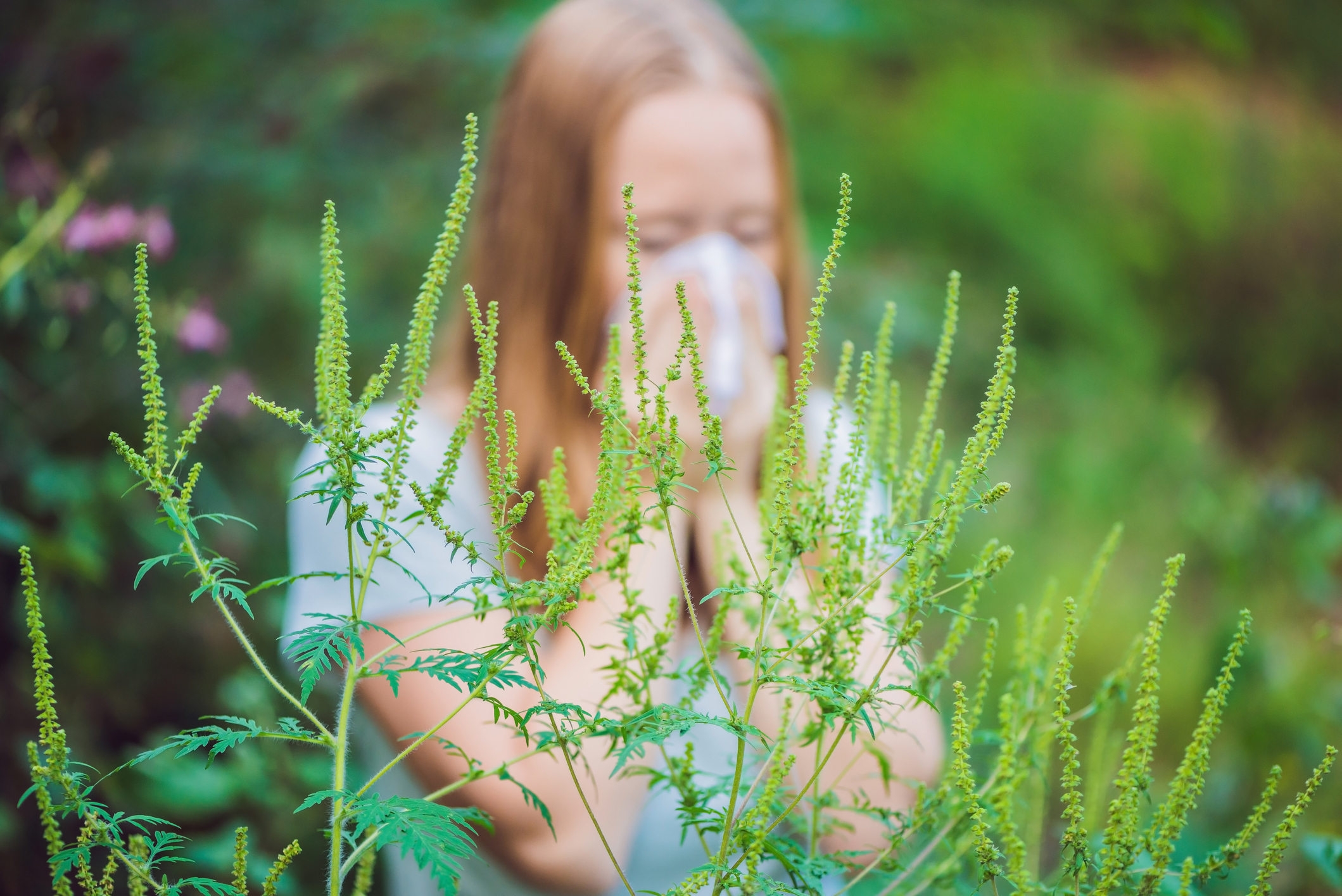 September draws to a close, ushering in the fall season as ragweed pollen swirls through the air.

Ragweed is a plant that lives only one season, but during this time it can prove to be a nuisance to people who are allergic to it.

A single plant can release a billion grains of pollen, light enough to float in the air and come into contact with humans.

It grows all over the United States, especially in the eastern and midwestern states. Ragweed may start pollinating as early as July in some states, but for most of the country, ragweed season begins in August and peaks in mid-September, according to the Asthma and Allergy Foundation of America (AAFA). In some cases, this can last until November.

The plant is found in 49 of the 50 US states, including Hawaii. The only state in the country where the plant does not grow is Alaska, adds the AAFA. Because it is so light, pollen can travel hundreds of miles. It has even been found 400 miles from the coast in the ocean.

Ragweed pollen allergy is a major cause of seasonal allergies.

What are the symptoms?

An allergy to ragweed can cause symptoms such as a stuffy or runny nose, sneezing, itchy or swollen eyes, itchy nose or throat, and mucus in the throat.

However, some people may experience more severe symptoms. Ragweed can trigger asthma symptoms, lead to chronic sinusitis, headaches and congestion that can cause trouble sleeping, AFOA notes.

These allergic reactions flare up because some people’s immune system treats ragweed pollen as a foreign invader, resulting in a chemical reaction that causes the symptoms.

What are the treatments ?

There is no cure for a ragweed allergy, but there are some therapies that can provide relief. Nasal corticosteroids, for example, are nasal sprays that can reduce symptoms and treat inflammation. Antihistamines, on the other hand, work by reducing symptoms such as a runny nose and sneezing.

Some people may benefit from immunotherapy, which may take the form of allergy shots. These help reduce allergy symptoms by gradually exposing the body to the allergen so that it can develop tolerance, says WebMD. More information on the treatments can be found on the AFOA website.

Aside from treatments, people can also try to manage their symptoms by avoiding pollen as best they can. Some methods include tracking the number of pollens in their area, for example by looking at the National Allergy Bureau map. The central air conditioning can be fitted with anti-allergy air filters.

People can take steps to keep pollen out of their homes, such as taking off their shoes outside, changing clothes before bed, and covering their hair outside or washing it. the night.

Allergic Symptoms vs. COVID Symptoms: What You Need To Know New