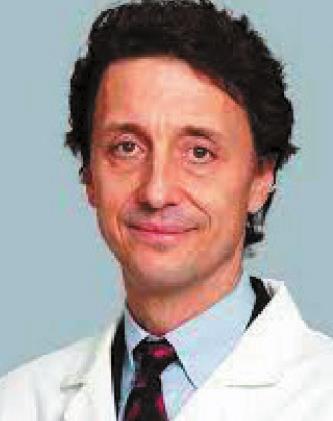 Which is worse: allergy symptoms or side effects of allergic medications?

DEAR DR. ROACH: I suffer from frequent allergic sneezing and coughing. Every day I feel like sneezing and sniffling. A daily Zyrtec controls symptoms, but I’m hesitant to take it daily as I understand it’s an anticholinergic and continued use can have cognitive effects and cause other issues. I also have friends who use ipratropium daily for the same symptoms and probably face the same risks. My question is, which is worse for his body: daily medication like these or daily allergic reactions? I find that to be a difficult trade-off. —LK

RESPONNSE: Acetylcholine is a neurotransmitter, a chemical that nerve cells make and release to signal muscles to contract. Anticholinergic drugs are used deliberately when there is a condition of muscle overstimulation. One of the best examples is the treatment of an overactive bladder. Some of the medications used for overactive bladder are among the most potent anticholinergics. However, drugs used for other conditions may have anticholinergic properties separate from their intended mechanism of action. The three largest classes in this category are older antidepressants (such as amitriptyline), older antipsychotic drugs (such as thioridazine), and older antihistamines (such as diphenhydramine, brand name Benadryl). These have been the subject of concern, as some studies have suggested that long-term use of these drugs in people over 65, particularly at higher doses or in combination with other drugs , may increase the risk of developing dementia. Stopping these medications has been shown to lower the risk of dementia.

Cetirizine (Zyrtec) has weak anticholinergic properties and is thought to be less risky than older drugs. Ipratropium nasal spray is also anticholinergic; however, very little is absorbed by the body. Neither Zyrtec nor ipratropium nasal spray is likely to significantly increase the risk of dementia, or other anticholinergic side effects, such as blurred vision, constipation, or rapid heartbeat. In my opinion, improving quality of life by relieving symptoms is worth the risk, since the risk is currently considered low to negligible. However, it is an active area of ​​research that I watch closely.

DEAR DR. ROACH: For many years I have heard that grapefruit products interfere with the medications one takes. Is that still true, if ever it was? I am currently taking thyroxine daily and an antihypertensive, amlodipine. I love grapefruit juice, so I’m worried. —DP

RESPONNSE: Grapefruit juice reduces the activity of an enzyme called cytochrome P 3A4, which metabolizes and detoxifies many drugs. In the case of your blood pressure medication, amlodipine (Norvasc), the effect is to make the medication a little more effective — the drug levels are about 15% higher. However, blood pressure levels are almost exactly the same in people who took their amlodipine with grapefruit juice compared to those who just drank water. Other medications have their levels decreased by grapefruit juice, such as fexofenadine (Allegra), an allergy medication.

The effect is much greater with some other drugs. In most cases, the effect is not large enough to cause toxicity; however, some medications are much more strongly affected by grapefruit juice (and grapefruits themselves, if you eat enough of them). This is especially important for drugs that need to be dosed carefully, such as cyclosporine, used to prevent transplant rejection and certain autoimmune diseases, and amiodarone, used to control abnormal heart rhythms.

Thyroxine levels are not significantly affected by grapefruit juice.

Dr Roach regrets that he cannot respond to individual letters, but will incorporate them into the column whenever possible. Readers can email questions to [email protected] cornell.edu or mail to 628 Virginia Dr., Orlando, FL 32803.